One of the components of job application materials for academics is the teaching statement. Given the amount of introspection needed, it is not an easy piece to write, although it is the perfect piece for stewing over indefinitely.

Over all these years of learning how to make myself write (with varying degrees of success depending on the day), one thing I’ve learned is that I sometimes just have to get things out of my head so that there’s room for something else to start percolating.

Below is something I wrote and rejected as a teaching statement, but otherwise liked.

Officially, I started teaching when I was younger than the undergraduates who now look to me guidance in the classroom, hired to tutor English when I was just a junior in high school.

In my first teaching job, lacking guidance beyond, “help my daughter with her English once a week,” I turned to novels for the answer. Mimicking the lessons in my Chinese classes, the only example of second language pedagogy I’d personally encountered before that point, I structured our weekly sessions around a selection of prose, vocabulary words culled from it, and exercises meant to bridge the gap between new vocabulary and already familiar patterns of speech.

(Filling notebooks with crayon drawings while seated on the floor in the back of the college English classes my mother taught apparently didn’t leave much of an impression.) 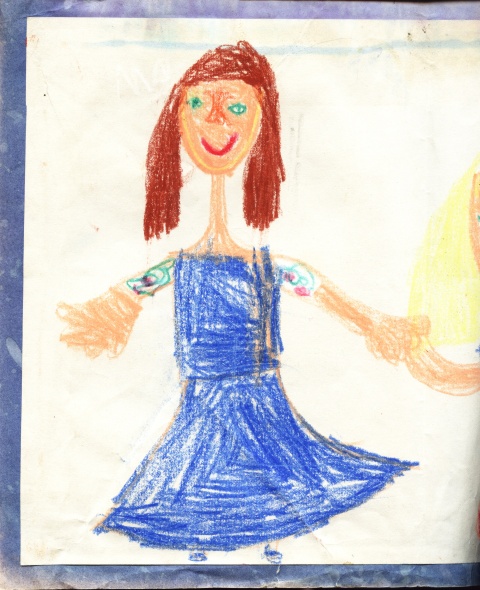 There was one major difference from my Chinese textbooks: I tried very hard to make sure the texts I chose were actually interesting for my student to read. Which is how a Taiwanese middle schooler and I ended up reading all five books in the American Girl novels series about Abby, a girl who escaped from slavery in the American south to build a new life in Philadelphia where she learned to read, write, and be a responsible American citizen. My student was engrossed in the tale, and in turn, I found myself engrossed in explaining the background to the Civil War, the ugly reality of slavery in American history, and the lasting difficulties of racial discrimination, all the while sitting at a desk in a high rise in Kaohsiung, Taiwan. So much packed into that hour every week. So much that could be done with a compelling narrative shaping our vocabulary lists and curious questions, something my Chinese classes so far had not managed to present me with.

My Chinese classes in primary and secondary school used the curriculum written for Taiwanese students in local public schools. This had a number of advantages, including instilling in me a common cultural vocabulary (if I say “天亮了，我起來了” or “天那麼黑，風那麼大” a couple million Taiwanese who had the same textbooks know what comes next), but came with one great disadvantage because of the rate at which it was taught at my American schools. Taiwanese students went through one textbook per semester. We went through one textbook per year, meaning that by my junior year of high school, thanks to a couple breaks in my education due to time spent in America, I had just finished 4th grade in Chinese. Stories about little birds learning how to fly or the exciting possibilities that puberty had in store for pre-teens did little to engage my oh-so-jaded teenager mind.

I loved my Chinese teacher and I enjoyed getting better at the language, which clearly had a direct impact on my daily life in Taiwan, but my motivation to actually do the work for the class was next to nothing. I thought that I would go off to college, use my Chinese to support a major in International Relations, and get a job with the UN or something, pretty much anything that didn’t involve reading tales about how the mountain boar got his curly tail. 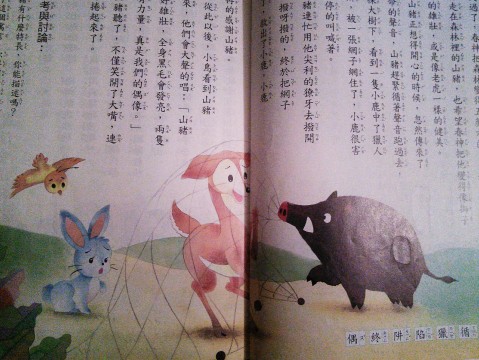 Two courses in college changed that all for me. The first, an introduction to Classical Chinese, taught me how to begin decoding texts from thousands of years ago, sending every neuron in this history-loving brain of mine jangling with excitement. The second, a survey of Chinese literature about desire, using translated texts, introduced me to pieces of real literature about long-lost loves and rivalries written and read centuries ago. My reading skills, long plateaued, made a dramatic improvement in a short time when I realized that I had the tools to painstakingly work through the texts in their original language with the help of my adviser. More so than new vocabulary, I learned other ways of seeing the world, the beauty and the ugliness of past generations, and their humanity and humor. One day while reading the Jin Ping Mei, a late 16th century novel, I even caught myself laughing at one of its jokes.

Through young adult novels, my Taiwanese student learned more than English vocabulary, extending her imagination to include the life of a girl of another color, half the world and 150 years away. In college, through ancient poetry and classic novels, I found something that inspired me so much that I decided to get a PhD in it so I could go on sharing it with other college students.